The state of the freelance industry

There's no denying that the freelance industry has experienced tremendous growth in the past decade. And much of this growth has been fuelled by factors such as the internet, advancements in technology, and new businesses that formed as a result. The latter has even resulted in a new term entering the lexicon: the gig economy.

Investopedia describes the gig economy as:

In a gig economy, temporary, flexible jobs are commonplace and companies tend toward hiring independent contractors and freelancers instead of full-time employees. A gig economy undermines the traditional economy of full-time workers who rarely change positions and instead focus on a lifetime career. [...] Economic reasons also factor in to the development of a gig economy. In many cases, employers cannot afford to hire full-time employees to do all the work they need done, so they hire part-time or temporary employees to take care of busier times or specific projects. On the side of the employee, people often find that they need to move around or take more than one position in order to afford the lifestyle they want. People also tend to change careers many times throughout their lives, so the gig economy is the reflection of this occurring on a large scale. 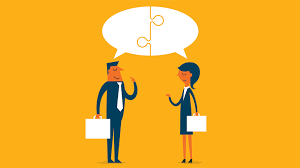 Services such as Fiverr and TaskRabbit have benefitted from this growth, while focusing primarily on low-skill tasks. But as automation eliminates many low-skill jobs, marketplaces that focus on highly skilled professionals, such as Hoplance, will continue to exist. Because while the freelance industry has benefitted some low-skilled individuals, it has always been driven by high skilled professionals.

Let's look at some of the latest available statistics, to put all this in perspective.

As suggested by Investopedia's description of the gig economy, the primary driver of the use of freelancers and contractors is economics. Supplementing their workforce with temporary workers is often the only way small and medium businesses can survive. Not only are freelancers and contractors less financially burdensome than full-time employees, but they can also be brought in only when needed: during peak periods, and for large once-off projects. And marketplaces like Hoplance now make it easier for employers to find temporary skilled professionals, something that wasn't feasible a decade ago.

We believe that businesses and skilled professionals deserve a faster, more efficient and cost effective way to connect. We are committed to making this happen.

Join as a freelancer


Reach out to the world. Become a contributor and spread the Hoplance's spirit.

Cookies help us deliver our services. By using our services, you agree to our use of cookies.